Canada Eases Temporary Foreign Workers Program Due to Labor Issues: The food service employers of Canada will have the ability to hire about 30 percent of their workforce using the Temporary Foreign Workers Program. Furthermore, there are also changes coming for temporary foreign workers. Canada introduced new ways to ease Canadian employers to get temporary foreign workers.

These measures were announced on the 4th of April as a response to a country-wide shortage of labor. Canada is facing a low rate of unemployment and has quite a large number of vacancies simultaneously. One of the ways to manage this shortage was to bring in temporary foreign workers to fill the job where the Canadians weren’t available to perform the tasks. The changes came into effect for the Temporary foreign worker program.

However, there are 5 main changes coming for this temporary foreign workers program at the instant. 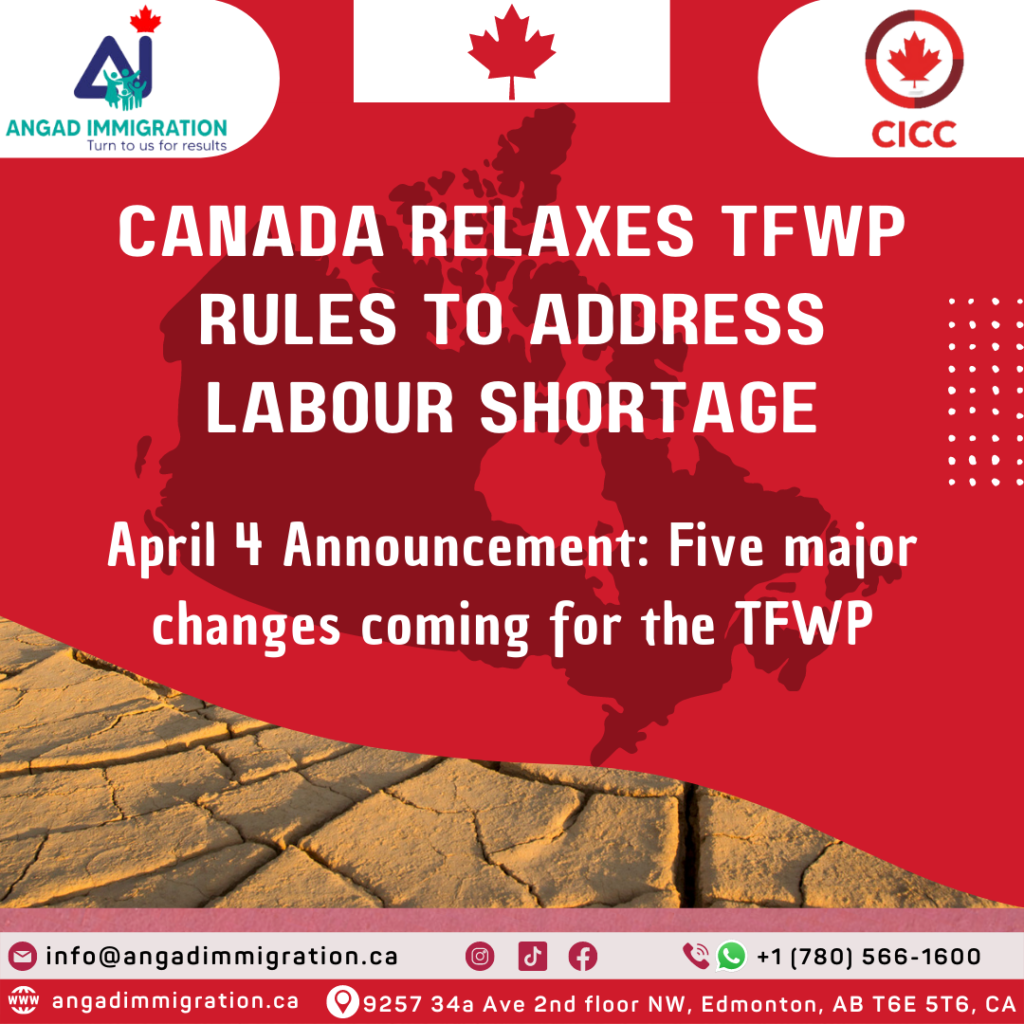 The labor market of Canada is even more challenged than before the pandemic. The overall rate of vacancy went to its peak in the early time of 2021. It was among which the most is in low-wage areas. In November, there were many areas that faced the highest number of vacancies in the country.

Following that, last year had the temporary foreign workers’ program is functional. It was about 5000 areas of work as well as 23,000 positions in the high-wage sector. Collectively, these programs counted for about 20 percent of all the LMIA positions approved for the year 2021.

About 50 to 60,000 foreign agricultural workers came as employees to Canada. The Foreign workers’ program accounted for about 60 percent of all this. All that includes everyone entering Canada. Specifically, the ones following under the TFWP as well as relevant programs.

Angad Immigration delivers you the best immigration lawyers in Edmonton and in Canada.

We hope that you found this article about Canada Eases Temporary Foreign Workers Program Due to Labor Issues informational. If in case you have questions/queries related to any immigration program to Canada, please schedule an appointment with us. Our best immigration lawyers from Angad Immigration Canada will validate the profile as per the Immigration Program which is best suitable for you.