Alberta Immigration announced new name, programs, draw results for PNP | AINP: Here you will get information regarding a new name and the two new programs which are specifically added for rural and entrepreneur immigration.

The Alberta Nominee Program will be called the Alberta Advantage Immigration Program (AAIP) and the two new programs are Rural Renewal Stream and Rural Entrepreneur Stream.

Alberta will also be changing its three existing entrepreneur streams

The new program and stream names will be changed on the website in the coming weeks. 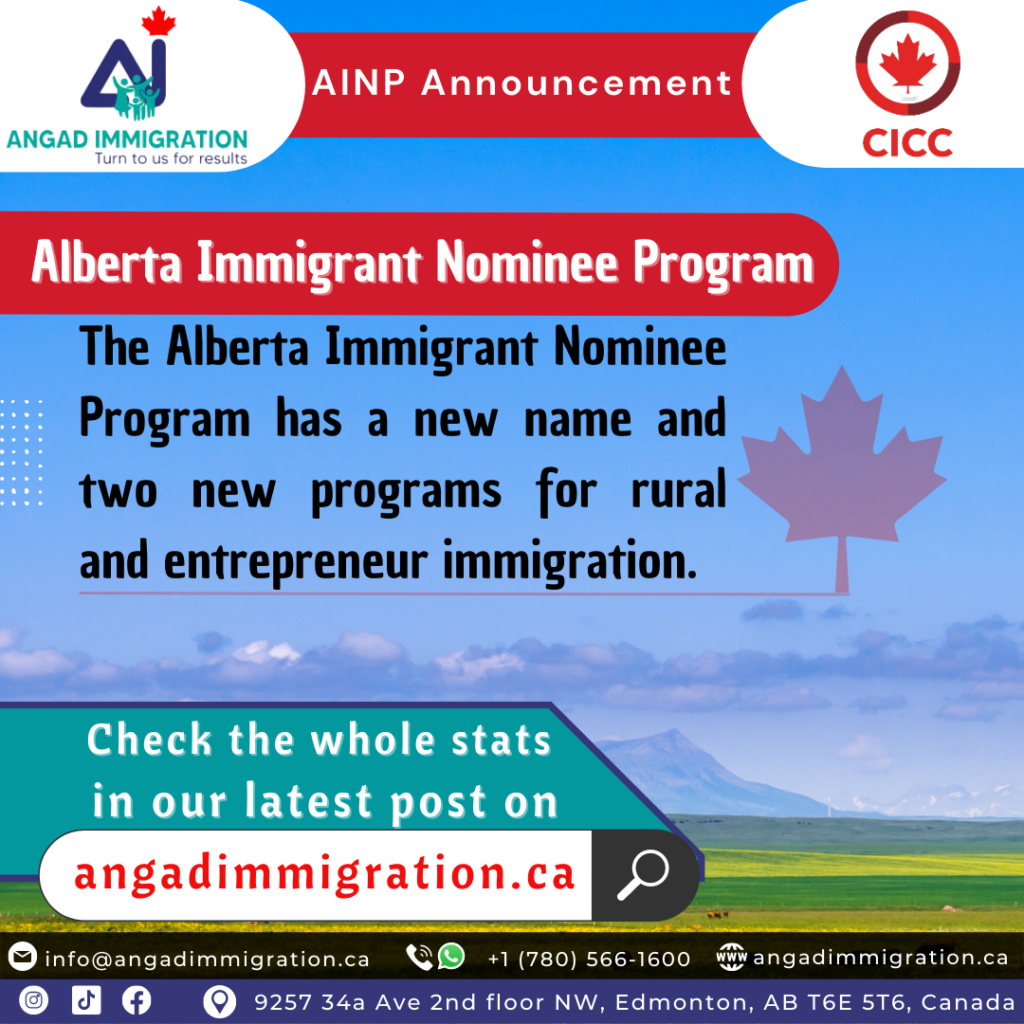 Premier Kenney, a former federal minister of immigration, made the announcement at the inaugural Premier summit on Fairness for Newcomers. Immigration stakeholders from across Alberta met to discuss actions to support newcomers’ success drive and economic growth.

The new Rural renewal steam and rural entrepreneur stream are mainly there to uplift skilled and talented professionals and entrepreneurs from around the world. Eligible Rural communities have to be outside the Edmonton metropolitan areas and have less than 100,000 people as per the 2016 census.

The Rural Renewal Stream is also for those people who have a job offer from Alberta’s Employer to work in a designated rural for Alberta community. Also, Alberta is currently accepting applications from rural communities & a limited number of communities will be selected to participate as a designated community in this program.

The Rural Renewal Stream is for those specific entrepreneurs who want to open or buy an existential business. So, for this, you need to apply for an expression of interest and visit the community where they want to start the business.

Schedule an appointment with us HERE if you need a licensed ICCRC Immigration Consultant to represent your application and streamline your path to Canada.

We hope that you found this article informative about Alberta Immigration announced new name, programs, draw results for PNP | AINP. If in case you have questions or queries related to any immigration program to Canada, please schedule an appointment with us. Our best immigration lawyers from Angad Immigration Canada will validate the profile as per the Immigration Program which is best suitable for you.