Candidates who received invitations in this draw were from the Skilled Worker and International Graduate subcategories and needed a minimum provincial score of 85.

The BC PNP Tech Draw was launched in May 2017 as a major project following a labor market study, which found that access to talent was the biggest issue facing BC’s technology sector. Given the success of the project, BC made it a permanent program. It is designed to enable employers in BC’s technology sector to continue to attract and select international talent when qualified workers are not available locally. 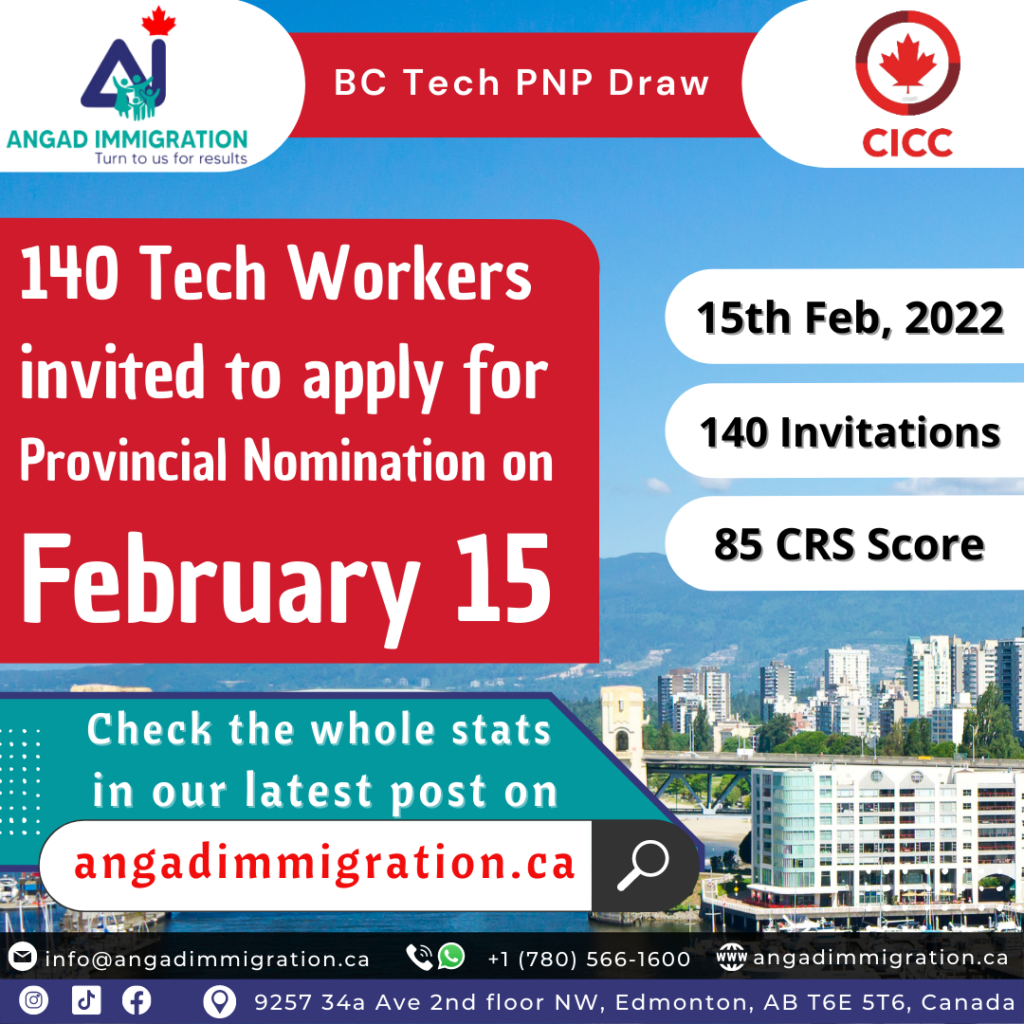 More Specifically, the BC PNP tech is a fast-track immigration policy for in-demand tech workers and international students. Candidates need to be registered in one of BC’s existing provincial immigration streams and have job offer of at least 12 months in any of those eligible occupations.

Unlike other BC PNP streams, job offers under the BC PNP tech must be for 1 year, with at least 120 days remaining at the time of application to the BC PNP. It must also be full-time and from an eligible employer in the province.

Invitations through the province’s tech program are sent out weekly to the top-scoring candidates who meet the eligibility requirements.

Candidates who are invited to apply for a provincial nomination will need to submit a complete application. Once this is done, The process will take around two to three months.

If they are approved, candidates will receive a nomination confirmation that can be used to apply for permanent residence from Immigration, Refugees, and Citizenship Canada (IRCC) under the Provincial Nominee Program Class.

PNP candidates automatically earn 600 points for their score in the Comprehensive Ranking System and thus have a very good chance of receiving an invitation to apply (ITA) for permanent residence through the Express Entry System.

We hope that you found this article informative British Columbia PNP tech draw issued 140 Immigration invitations. If in case you have questions or queries related to any immigration program to Canada. Please schedule an appointment with us. Our best immigration lawyers from Angad Immigration Canada will validate the profile as per the Immigration Program which is best suitable for you.