This announcement came today at 3:35 EST. The main key purpose of the plan is to recover the Canadian economy which was hit because of the pandemic. Also strengthening ties with the communities and also helping the major large-scale and mid-scale industries. The Canadian Government welcomed more than 405,000 Permanent residents last year. This was also considered the “most immigrants” within a single year in the history of immigration. 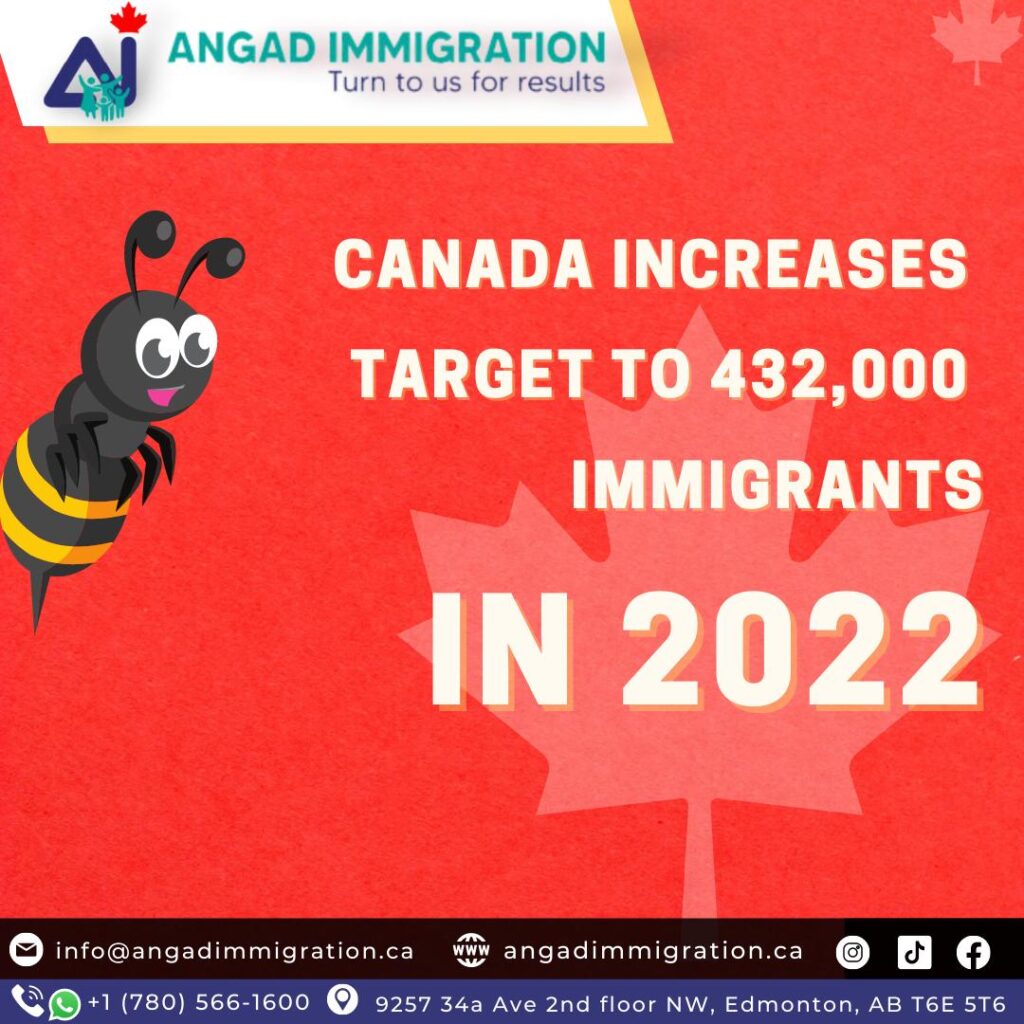 But also having a major job drop during the pandemic the Canadians still managed to fill jobs in the sector within a short period. Immigration also has a huge part as it constitutes 100% of the labor force meanwhile 5 million Canadians are set to retire by the end of this decade the major backlash is it drops the ratio to 3:1. So this intention becomes one more major reason why it needs immigration to keep its strong economy.

The Canadian Government also understands the whole concept of family unification so that can help the vulnerable population to settle and continue a happy life here in Canada.

To ensure the jobs get filled as per the plan. The plan aims to continue welcoming immigrants at a rate of 1% of Canada’s population. As Canada Stands with its whole stand of Humanitarian process this plan will bring more Afghan Nationals too which might range from 30,000-40,000 refugees in Canada in furthermore of 2 years. It has already managed to keep 7,550 so far which has already created a positive impact and they do believe Canada has their new life.

The Main admission program will be PNP (Provincial Nominee Program ) for economic class immigrants who are looking to be immigrants, refugees, and IRCC (Citizenship Canada). Also the level plan kind of suggests the IRCC temporally reduce its Express Entry Admission’s so it can bring more admissions through the TR2PR Program. IRCC is aiming to land 35,000-45,000 immigrants in 2022 and final 30,000-32,000 immigrants by the end of 2023 under the scheme.

Also saying that Express entry will continue its process on a biweekly basis and IRCC will be mostly processing it. Meanwhile, PNP invitations will be doing the same old process as they did since the beginning of the economy.

Express Entry Strategy In Development by IRCC for 2022

We hope that you found this article informative. Massive Canadian Immigrant Elevation !!! If in case you have questions or queries related to any immigration program to Canada, please schedule an appointment with us. Our best immigration lawyers from Angad Immigration Canada will validate the profile as per the Immigration Program which is best suitable for you.