The Parliament of Canada is currently evaluating Bill C-19 which is based on precedent. Somewhere in June, Bill C-19 will become law, including a provision through which Canada’s Immigration Minister, can create groups and send (ITAs) Invitation To Apply to these Express Entry groups. The groups will be formed on the basis of work professions that are in demand in Canada, and to discuss other goals like inviting more candidates from francophone immigrants.

IRCC would be able to make changes to the current way of issuing invites for the permanent residents. Before, with the Express Entry management system, IRCC used CRS (Comprehensive Ranking System) score and Express Entry eligibility, to issue ITAs.

The above two ITAs issuing methods are imperfect, but they still provide a sense of certainty to the candidates.

Drawbacks of the new reform in the Express Entry Canada 2022

The uncertainty for the candidates is the paramount drawback of the program suggesting the issue of ITAs on the basis of groups, this is the main reason why ITAs should not be issued on the grouping system. There is a risk of public pressure on IRCC from a specified group to provide ITAs to the particular candidates in the groups.

IRCC argued in the new rules of Express Entry Canada 2022 that CRS is the best way to forecast an individual’s economic results in the country. IRCC also stated that Statistics of Canada has thoughtfully shaped the CRR for immigrants for decades. Moreover, IRCC can provide ITAs based on why certain groups are better for ITAs without the proper evidence.

In the proposals of these reforms, there needs to be a public involvement that is currently lacking the reforms. Bill C-19 includes the collection of reforms in Express Entry, which will allow the federal government to make quick legislative changes.

It is difficult to estimate why is the government in such a rush to implement such reforms in Express Entry Canada 2022 without a proper discussion and debate with the stakeholder consultants.

The ruling Liberal party of Canada enjoys the full support from the  NDP (New Democratic Party) so it is difficult to see any changes in the new Express Entry reforms. We are about to experience the biggest reform in the immigration policies, as seen in the current reports. 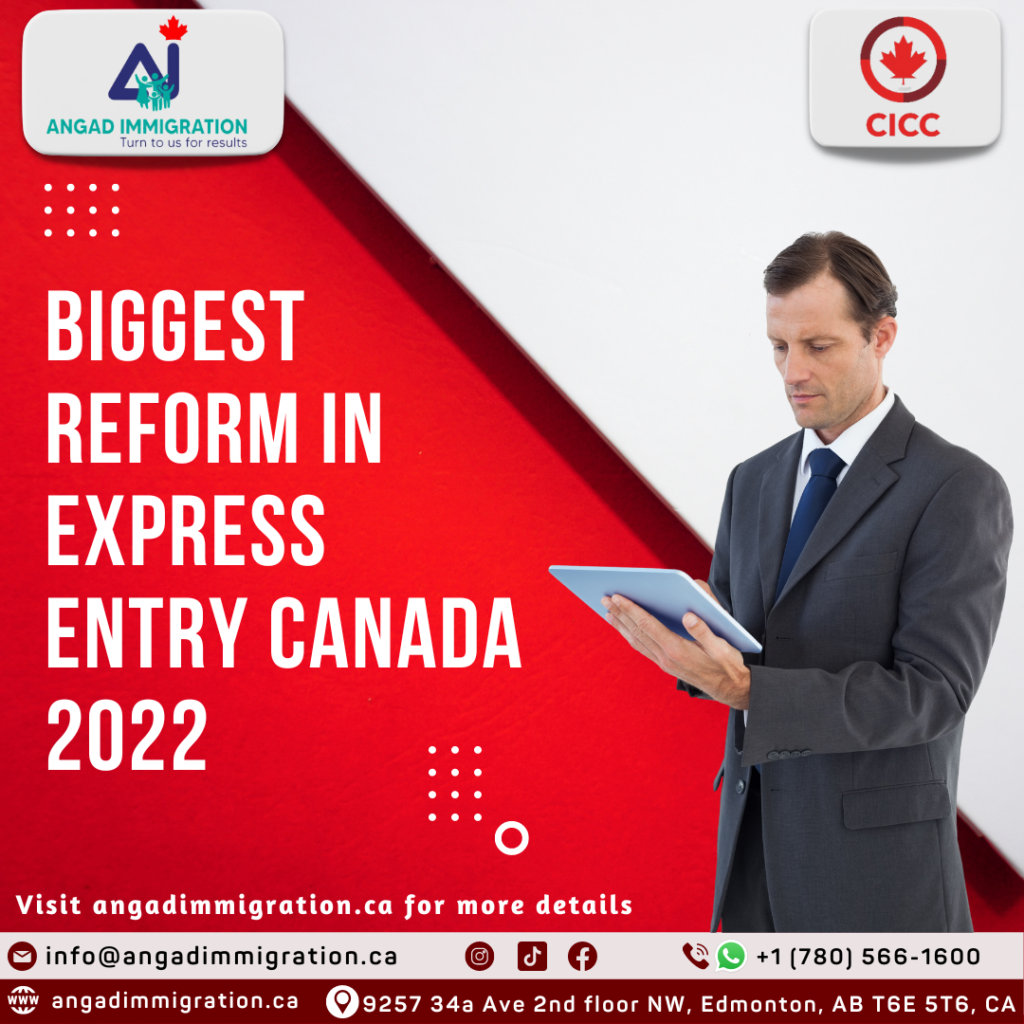 There are certain benefits of the current reforms in the Express Entry Canada 2022. With the freedom to issue ITAs on the basis of a grouping system, IRCC will help fill the job vacancies in Canada. Canada is facing a shortage of workers in the health care departments, so the new policies based on a grouping system will help IRCC to issue ITAs to the healthcare workers first.

On the other hand, it will allow IRCC to issue ITAs according to the important policies, like inviting more francophone immigrants to Canada.

In addition, English and French are the official languages of Canada, so it is important that the government increases the number of invites to the francophone immigrants.

The proposal of the new reforms in the Express Entry will soon get into power as a law, but it is still to be seen, when will IRCC bring the reforms into law. The department will inform the public about when the changes will take place.

While IRCC decides when to provide more information regarding the reforms in the Express Entry Canada 2022, we can only expect that it will be transparent in establishing the new Express  Entry groups.

In the meantime, we can only wait until IRCC consults with stakeholders and other experts regarding the Express Entry Canada 2022 new reforms. IRCC has many consultants and experts to help decide the best groups for various purposes in Canada.

We hope that you found this article about Biggest reform in Express Entry Canada 2022: Canada Immigration informational. If in case you have questions/queries related to any immigration program to Canada, please schedule an appointment with us. Our best immigration lawyers from Angad Immigration Canada will validate the profile as per the Immigration Program which is best suitable for you.