PNP Draw announced for Alberta & British Columbia for June 2022: Canada’s immigration has invited 3,000 immigrants to the different provinces of Canada. The candidates who fulfilled CRS score requirements received an ITA in the PNP results of June 2022. 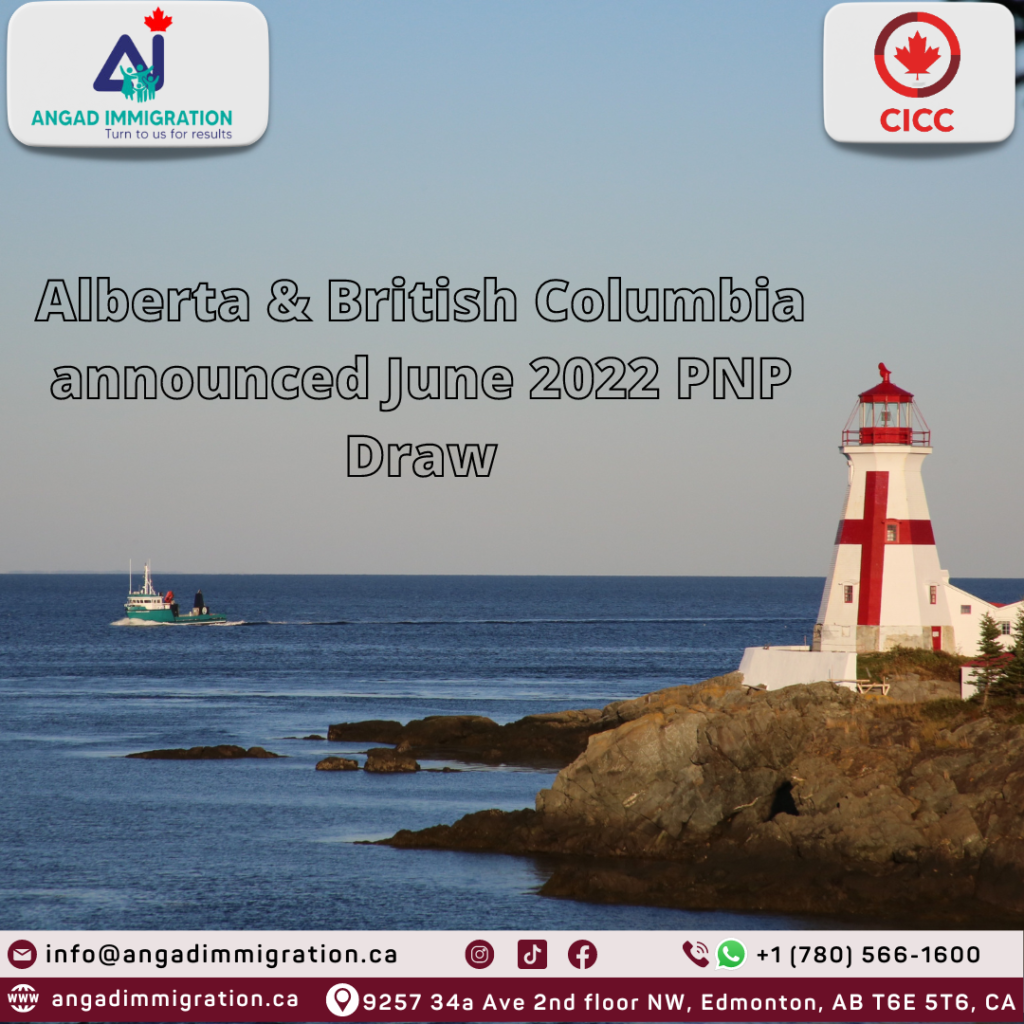 PNP stands for Provincial Nominee Program in which you get nominated by the Canadian province. To move to Canada through this program all you need to do is:

Each province or territory has its own PNP program and to get a nomination from a particular province you need to satisfy the conditions of that province.

You can receive nominations from Alberta through the following streams:

There are four streams through which workers can get nominations:

There are four streams for Entrepreneurs for Alberta PNP as well:

As per the results of the AAIP draw of June 2022, 150 candidates got an ITA to apply for Alberta PNP 2022 on june 16. The candidates fulfilled the score requirement of at least 306 in order to get an ITA.

There are three ways by which you can apply for BC PNP:

The BC PNP program conducts draws weekly and the candidate having the highest CRS scores gets an ITA. The province granted invitations to more than 600 applicants in the month of June 2022.

We hope that you found this article about PNP Draw announced for Alberta & British Columbia for June 2022: June 2022  informational. If in case you have questions/queries related to any immigration program to Canada, please schedule an appointment with us. Our best immigration lawyers from Angad Immigration Canada will validate the profile as per the Immigration Program which is best suitable for you.