According to the IRPA (Immigration and Refugee Protection Act) – the primary immigration law of Canada, the government should announce the level plans each year on November 1. This is the second announcement for Immigration plans for the year 2023-2025. The first announcement was made in February 2022.

Canada gradually increases the number of total permanent residents to 451,000 for 2024 which was 431,645 in 2022 including all immigration classes under the Immigration Levels Plan.

Till now the country has welcomed more than 300,000 permanent residents in Canada, and the majority are from the economic program class.

These targets may vary after the announcements of the new Immigration Levels Plan for the next 3 years which are 2023, 2024, and 2025. 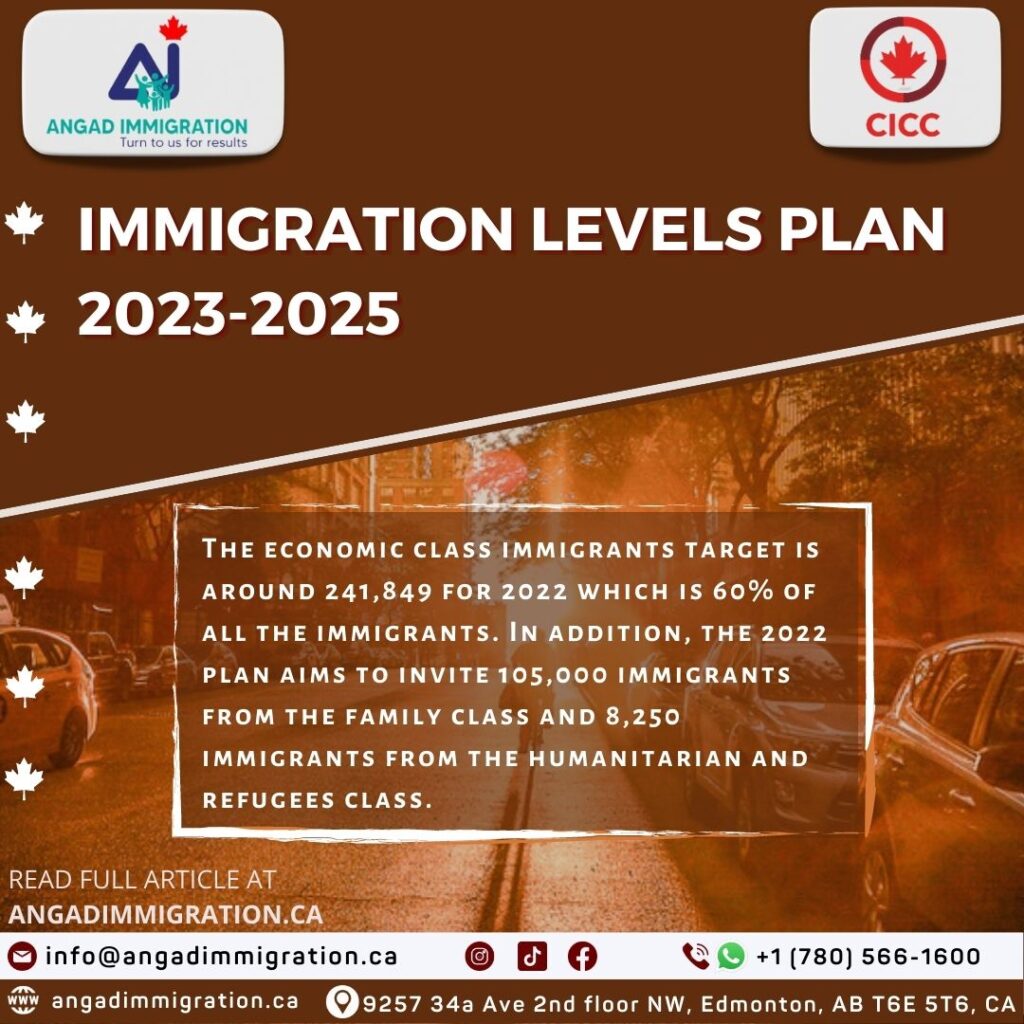 What does Immigration Levels Plan contain?

Moreover, IRCC consults with governmental departments and stakeholders to form Immigration Levels Plan and balances the allocation of different classes in each program.

Immigration Minister Fraser declared that he would analyze the needs in the labour market as some provincial ministers are saying that the current plan doesn’t have enough spots for the PNP programs.

Check out: Latest updates for Ontario and BC PNP programs 2022 in Canada

Moreover, the minister didn’t specify the date but he said that the target may increase to 500,000 new PRs in Canada.

According to the (Immigration Refugees and Citizenship Canada) IRCC’s data on August 31, the permanent residency applications under process are 513, 923. Besides, IRCC mentions that it has been working to speed up the application processing time and client services through the digital process and by hiring 1000+ employees.

IRCC (Immigration Refugees and Citizenship Canada) creates the Immigration Levels Plan with the help of consulting with other governmental departments in order to reunite families, grow the country’s economy, and support immigrants.

In addition. the economy of Canada needs new immigrants as they contribute to the country by paying taxes and supporting the labour market.

Check out: What is International Mobility Program (IMP) in Canada immigration 2022

Besides, the infrastructure, healthcare, education, pensions and many more things are supported by taxes, and most of Canada’s population is coming to the retiring age so more and more immigrants are in demand to balance the economy.

We hope that you found this article about the Canadian Immigration Levels Plan releases on November 1, 2022, informational. If in case you have questions/queries related to any immigration program to Canada, please schedule an appointment with us. Our best immigration lawyers from Angad Immigration Canada will validate the profile as per the Immigration Program which is best suitable for you.